When a tragedy happens, from the Columbine School in 1999, up until the present time, I send a box of my Team of Angels pins to the families affected. Both to the victims’ families and well as to the parents of the person who committed the act – whose crime changed so many lives forever. About a year and a half ago, one of the saddest shootings occurred in a movie theater – 12 people were killed, by a man who was very sick. He had no known criminal record prior to the shooting He was very educated but something snapped. He survived. I just received this letter from his heartbroken mother. I always think of the saying There but for the grace of God go I.

Why did God give that terrible cross to her family?

Dear Patricia,
You sent a Team of Angels to me in my time of need. In fact, you sent several. I want you to know how much it meant to me to have the bookmarks and the pins. I have passed along the last one but I keep the message in my heart. I will be facing more tragedy forever. I am the mother of ? who will someday go on trial. (I want to respect her privacy so do not want to put her or his name here.) 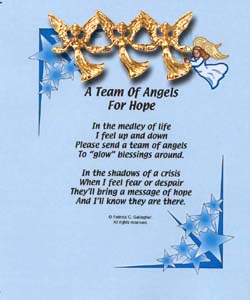 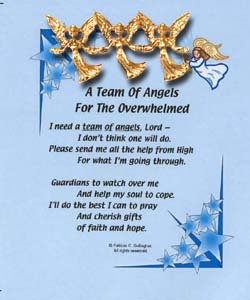